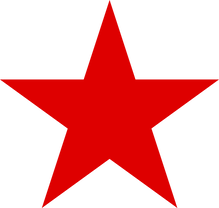 Economic crisis. Environmental crisis. Political crisis. Social crisis. Today, millions of people around the world are convinced that, figuratively speaking, we’re all going to hell in a handbasket. But what actually is the underlying nature of such seemingly diverse problems?

Back in the nineteenth century, two young German socialists, Karl Marx and Friedrich Engels, identified these apparently perpetual crises with the insoluble contradictions of the capitalist system. As the pair wittily observed in their now famous The Communist Manifesto of 1848:

​Modern bourgeois society, with its relations of production, of exchange and of property, a society that has conjured up such gigantic means of production and of exchange, is like the sorcerer who is no longer able to control the powers of the nether world whom he has called up by his spells.

So what is to be done about all of this? Marx and Engels, who by way of a materialist interpretation of history developed a method of socio-economic analysis popularly known as Marxism, asserted that continuing social transformation arises from a dialectical process of class conflict. This ongoing struggle, they envisaged, would be resolved with the final victory of a revolutionary proletariat and the advent of communism. Then, and only then, could the human race be deemed to have achieved the beginning of true civilisation; a new egalitarian society whose basic principle would be: "From each according to ability, to each according to needs."

Interested in finding out more about Marxism and Marxist ideas?

Come along to the 2022 Merseyside Marxist Book Fair which will take place at The Casa, 29 Hope Street, Liverpool L1 9BQ on Saturday, 19 November from 11am until 4pm.

The book fair is a free event for visitors. Tables for groups and individuals are just £10 for the day.

​We are now taking bookings for stalls and workshops. Get in touch with us via email or by simply filling out the enquiry form on our Contact page.

Workers of the world, unite!